A chitted potato ready for planting

A colourful variety of heirloom potatoes

There are many more varieties of potato available to home gardeners than the small selection of commercially grown ones you’ll find at the supermarket. Heirloom potatoes come in many different shapes and colours and  you may want to try some of these great heirloom varieties: Bintje, Burgundy Blush, Brownell, Kipfler, Pink Fir Apple, Purple Congo, Red Norland, Russian Banana, Salad Rose and Sapphire to name a few. To get started purchase certified disease-free seed potatoes (google heirloom seed potatoes in your country or state to find a retailer), this way you won’t risk introducing soil born pests and diseases of potatoes into your garden. These pests and diseases can also be prevented by not planting any vegetables in the Solanaceae family (potatoes, tomatoes, capsicum, chillies, eggplant and tomatillos) in the same garden bed each year, but have them on at least a 2-3 year rotation instead. 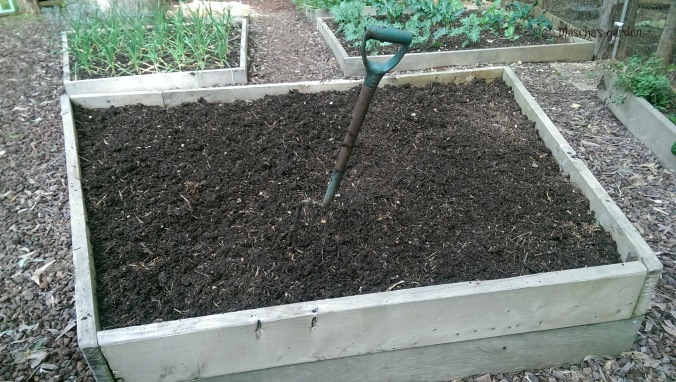 It is time to plant potatoes once there is no more risk of frost in your garden. I plant in late August here (as my garden is protected from frost) and by the time the potato shoots emerge above the soil, spring has arrived. You can sow successive crops of potatoes throughout the warmer months here in Melbourne by choosing a cooler part of the vegetable garden to plant them in during summer, that way they won’t get heat stressed. Make sure though that the last sowing has at least three months to mature before the first frosts arrive in late autumn. The instructions below are for growing potatoes in the ground or a raised bed but you can also grow potatoes in cylinders made from chicken wire, in hessian sacks or in a no-dig garden. 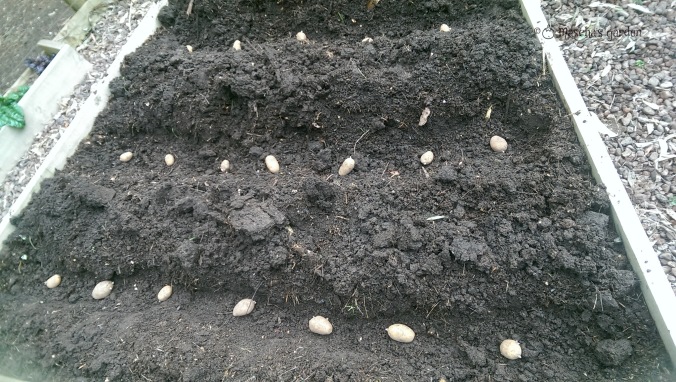 Potatoes prefer a soil that is rich and free draining with plenty of organic matter, such as compost, added and some pelleted organic fertiliser. To plant your potatoes dig a trench about 20 cm deep and plant your seed potatoes 30 cm apart in rows of 50cm apart. Fill the trench with soil and hill soil up around the potato plants as they grow and emerge from the soil. Keep your potatoes well watered especially during the warmer months. When the plants get even bigger, spread straw thickly around the potato plants to exclude any light from getting to any potatoes that may be developing just under the surface of the soil. Potatoes exposed to sunlight will develop a green colour, which is chlorophyll and enables the potato to photosynthesise and sprout. At this stage it also develops a poisonous chemical called solanine which makes the potato taste bitter so animals are discouraged from eating it. You should therefore never eat potatoes that have developed green patches on their skins.

Your seed potatoes should be planted about 20 cm deep as most of your potato crop will develop above the original seed potato.

Potatoes are usually ready to harvest in around 12 weeks after they’ve flowered and start to die back. If you have trouble waiting that long, you can harvest a few early potatoes by carefully digging around the base of your potato plant with your hands after about 8-10 weeks, but you’ll get a bigger harvest of larger potatoes if you’re prepared to wait! Once harvested, let the soil on your potatoes dry so you can brush most of it off and store your potatoes in a cool, dry and dark place. Don’t wash your potatoes before storing as this will make them more prone to developing rot during storage, the aim is to keep them as dry as possible. To store, you can put your potatoes in a hessian sack or in a cardboard box underneath a few layers of newspaper to exclude them from any light but still allow good air circulation. Any potatoes whose skins were cut or damaged during harvest should be eaten first and not stored with the rest of the potatoes. Regularly check your stored potatoes and discard any that develop rot. Stored properly your potatoes should stay good for at least 2-3 months.

2 thoughts on “How to grow potatoes…”